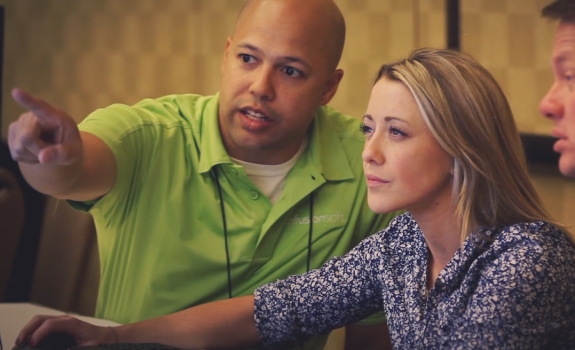 The installed base grew 60% month over month for the first 6 months, with more than 2,500 businesses signing up and processing more than $7 million monthly.

Infusionsoft helps small businesses scale their sales and marketing and accelerate growth. The company serves more than 33,000 businesses, and is an 8-time Inc. 500|5000 honoree. However, Infusionsoft's 3rd party processors created friction and made it more difficult to build the product features it wanted. They turned to WePay to create its own deeply integrated payments product, Infusionsoft Payments, complete with advanced features like mobile payments. Infusionsoft Payments quickly became the No. 1 payment processor choice for new users — more new users sign up for Infusionsoft payments than the other 12 payment processing options combined.

"Infusionsoft Payments is a big step forward for Infusionsoft. For the first time, we’re able to offer payments that are tightly integrated into everything we do."

Like many platforms serving small businesses, Infusionsoft initially took a hands-off approach to payments. Rather than offer its own integrated payments solution, it allowed users to connect their existing merchant accounts through a number of payment gateways and processor integrations. When a user didn’t have a merchant account, it had a referral agreement in place with a merchant services provider which could provide one after a lengthy underwriting process.With payments handled by this simple system, the team at Infusionsoft was able to focus on building new features and expanding its user base.

This mass of processors created challenges for Infusionsoft:

Infusionsoft initially considered building its own payment system in-house to address these issues, but quickly rejected the idea. Although this would give the company the control and the tightly integrated payments experience it sought, it would also distract from work on its core products. Infusionsoft was also reluctant to take on additional fraud risk and operational overhead, as these were something it had previously avoided by working only with merchant gateways.

Infusionsoft quickly realized that WePay offered them the best of both worlds: the customizability of a purpose-built, in-house product with the operational ease of having payments handled externally.

The Infusionsoft team was impressed by the partner-first culture that it found at WePay. WePay also drew on its own experience in platforms to suggest approaches Infusionsoft hadn’t considered and point out opportunities it might otherwise have missed. This stood out compared to other processors Infusionsoft explored, such as Stripe, which didn’t feel as partnership-oriented.

The two companies were able to arrive at a vision for how Infusionsoft could use WePay to builda deeply integrated payments product with numerous advantages for its users, and bring it to market in a few months.

"With the other large processors we talked to, it was all about payment volume and how much business we could give them... But WePay took the time to really listen. They understood the issues we cared about, and they went out of their way to give us answers."

customer to start accepting credit card payments immediately, with a set-up that takes as little as 10 minutes and occurs entirely within the same Infusionsoft interface users are accustomed to.

Once their account is set up, merchants can immediately accept online payments through Infusionsoft’s normal e-commerce portal. And there’s an additional payment feature that wasn’t available in the past — the Infusionsoft Reader, an optional mobile peripheral that allows users to capture payments in-person from physical credit cards.

The installed base grew 60% month over month for the first 6 months, with more than 2,500 businesses signing up and processing more than $7 million monthly.

Thanks to its popularity with new users and strong adoption, WePay became the No. 2 largest revenue-driver among Infusionsoft partners, outpacing payment processors that had been in place for years

Get Started with Link, Clear, Core